Guest submissions are welcomed on this blog. This blog is open to the posting of all viewpoints. In an effort to achieve open and diverse conversation, I welcome any guest blogger (whether you want to post with a name (real or fake), or anonymously). If you use a real name be sure it's your own. Guest posts may be sent to: WheresAyla @ gmail.com (remove spaces) The only thing I will ask is that the post does not attack other bloggers, or other commenters.

Where is Ayla Reynolds? SOMEONE KNOWS!

Speak up, Pheobe... I am sure you know the whole story (especially the "made up" one!)

COPY OF PUBLIC NOTICE:
STATE OF MAINE SUPERIOR COURT Cumberland, ss Docket No. CV-18-566 TRISTA REYNOLDS, Personal Representative for the Estate of AYLA REYNOLDS Plaintiff v. JUSTIN DIPIETRO Defendent ORDER FOR SERVICE BY ALTERNATE MEANS (M.R.Civ. P. 4(g)) This court has reviewed the motion of the plaintiff for service by alternate means.The type of action is one for wrongful death of Ayla Reynolds pursuant to 18-A, M.R.S. Section 2-804. Property or credits of the defendant may be affected, which include personal and real property. The name and address of the plaintiff (or attorney) if known: William H. Childs, Esq., 1321 Washington Av., Suite 204, Portland, ME 04103. The Moving Party has demonstrated: 1. Due diligence in attempting to obtain personal service of process prescribed by M.R. Civ. P. 4. 2, The address of the party to be served is: unknown and cannot be ascertained by reasonable diligence 3. The requested method of service is reasonable calculated to provide actual notice of the pendency of the action to the party to be served and is the most practical manner of effecting notice of this suit. It is ORDERED that Service be made upon the other party by: Leaving a copy of this Order, and summons and complaint at the defendant's dwelling house or usual place of abode located at the Defendant's last known dwelling house, 19746 Lull St., Winnetka, CA 91306 (a neighborhood within Los Angeles) Publishing a copy of this Order once a week for three (3) consecutive weeks, in the Morning Sentinel, located in Waterville, Maine, a newspaper of general circulation in the county or municipality most reasonably calculated to provide actual notice of the pendency of the action AND, if the defendant's address is known, mailing a copy of this Order as published to that address. Other alternate means: publishing a copy of this Order once a week for 3 consecutive weeks in the Metropolitan News, a newspaper of general circulation located in Los Angeles, CA. Also, mailing this Order, the summons and complaint by certified, RRR and regular U.S.P.S. mail delivery to Justin DiPietro, c/o Phoebe DiPietro, Defendant's mother, at her current residence of 29 Violette Avenue, Waterville, Maine 04901 AND by mailing a copy of this Order, the summons, and the complaint by both certified mail, RRR and by regular mail to Justin DiPietro, 19746 Lull Street, Winnetka, CA 91306. Adequate safeguards shall be used to assure that service by alternate means can be authenticated and will be received intact, with all relevant documents and information. It is FURTHER ORDERED that the party being served appear and serve an answer to the complaint to the serving party at the address listed above. The answer must be filed with the court within twenty-one (21) days of service. If service is made by publication in a newspaper, the answer must be filed with the court within forty-one (41) days after the first publication in the newspaper.Failure to serve an answer will cause judgment by default to be entered, granting relief sought in the complaint. Date: March 18, 2019 Honorable Thomas D. Warren Judge/Justice

Just come back to Maine, face the music and TELL THE TRUTH!   Justice for AYLA, TRUTH for AYLA.

Stop being a coward!  The truth cannot be any worse than what we all imagine it to be.   SPEAK UP!

Though the deadline for serving the father of missing toddler Ayla Reynolds expired March 17, a Cumberland County Superior Court justice this week gave the attorney for her mother a 60-day extension so he can file notice via the newspaper.
https://www.centralmaine.com/2019/03/19/judge-grants-extension-for-serving-justin-dipietro-in-wrongful-death-suit/

WHERE IS AYLA, JUSTIN?
Posted by PforA at 9:55 AM No comments:

Those in the know and trusted friends, these are the people who may know exactly what happened to Ayla Reynolds.
I wonder if Elisha and Courtney are as anxious as I am for their children (who were present at the time) to grow up and read all the accounts of the "missing" Ayla? Wonder what those little minds will think about "mommys" actions at the time (and after). The authorities have stated that all three adults in the house are withholding information. To be exact, "...Investigators discovered Ayla's blood in the basement of her home, and the adults who were in the home are withholding information."
ARE withholding information. Not might be or could possibly be withholding, ARE! Well, Courtney and Elisha, what do you think your kids will think about that?  @ Armchair Detectives

Last known to be somewhere in California. His mother, Phoebe formerly lived in the Twentynine Palms, CA area.(Justin could be in that area of CA.)

A Maine Court is trying to serve him in the wrongful death of his toddler daughter, Ayla Reynolds in December of 2011.

Trista Reynolds joined attorney William Childs outside Cumberland County Superior Court. Trista Reynolds just filed a wrongful-death lawsuit that accuses DiPietro of causing Ayla Reynolds' death. The announcement of the suit came on the seventh anniversary of the date 20-month-old Ayla Reynolds was reported missing by her father in Waterville.

If Ayla was "kidnapped" as you seem to believe, Justin... what do you have to lose by appearing in court?  Man-up Justin!

Justin DiPietro - Come out, come out wherever you are! Justice is around the corner!

Seven years after the toddler was reported missing from a Waterville home, Trista Reynolds plans to file a civil suit against Ayla's father, Justin DiPietro, alleging he caused the child's death.

Justin DiPietro, last known address was in California!  Apparently hiding there.   Hiding seems to be a DiPietro trait, first he hides Ayla's body and then he goes and hides himself!

SOMEONE KNOWS where he is, JUST TELL!

The wrongful death suit will be filed in Cumberland County Superior Court in Portland against Justin DiPietro, according to William Childs, the attorney for Ayla’s mother, Trista Reynolds.
Childs said he plans to announce the filing of the lawsuit at a press conference Monday morning outside the courthouse. The announcement of the filing comes on the seven-year anniversary of the child’s reported disappearance, in a case that drew national attention and sparked the largest and most costly police investigation in state history.

"Through discovery, we intend on establishing how Ayla was killed, where she was killed and why she was killed,” Childs said in a phone interview.
Posted by PforA at 1:00 PM No comments: 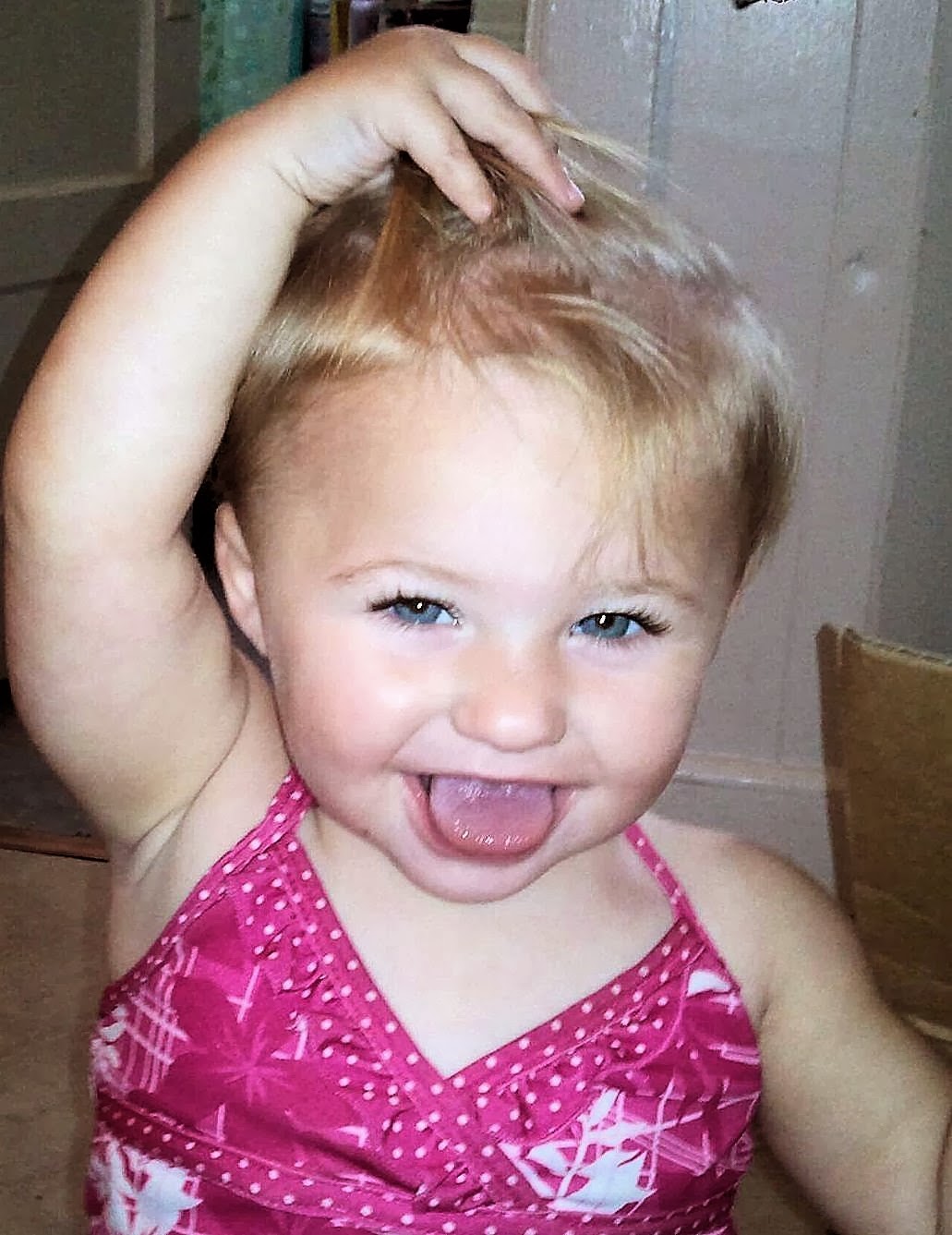 Speak Up Justin, Courtney, Elisha, Phoebe... Where has Ayla been HIDDEN?